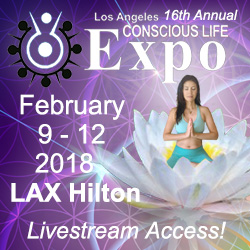 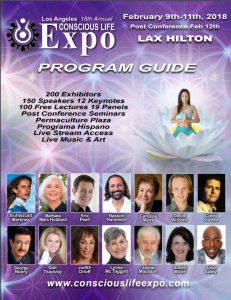 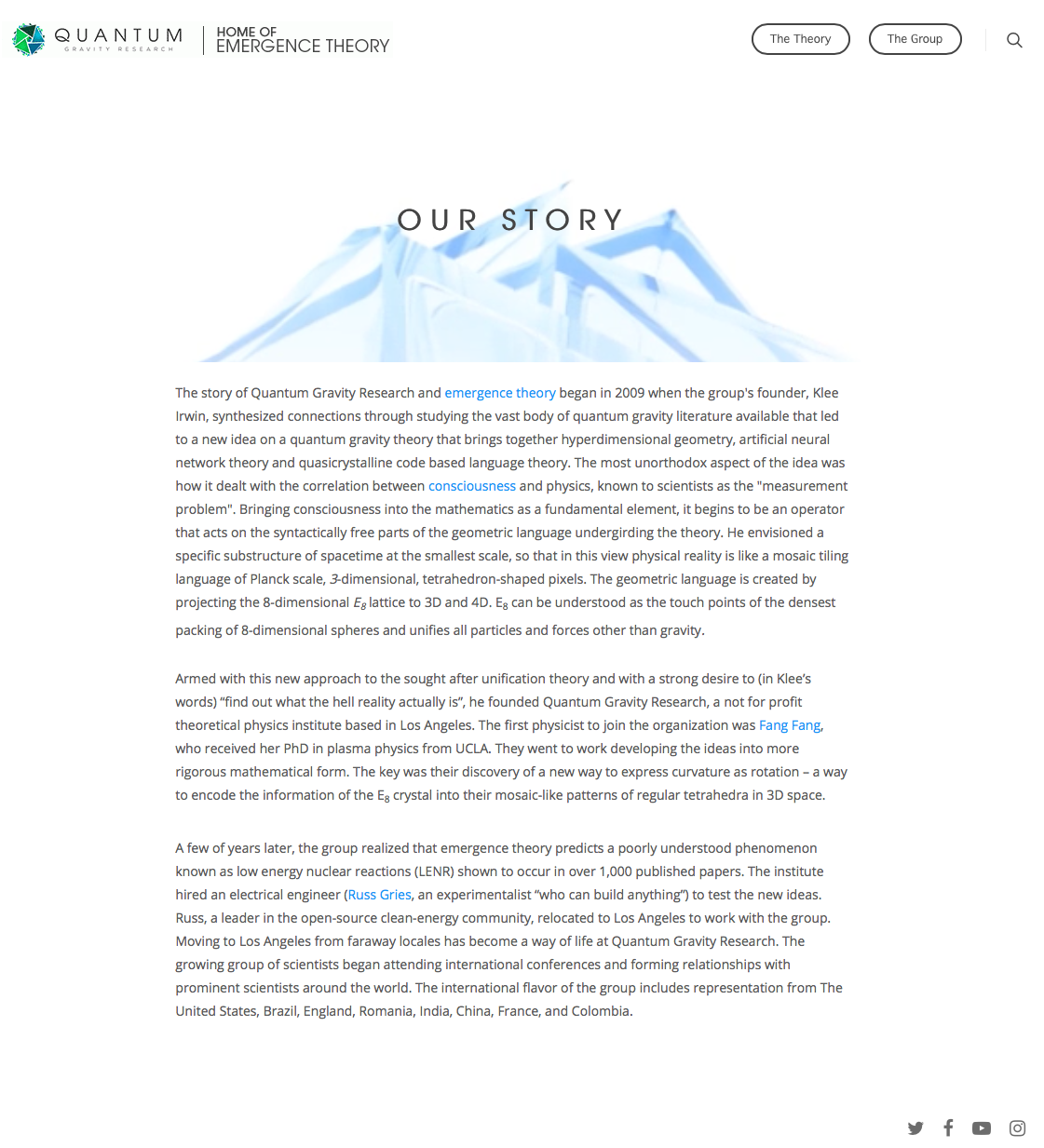 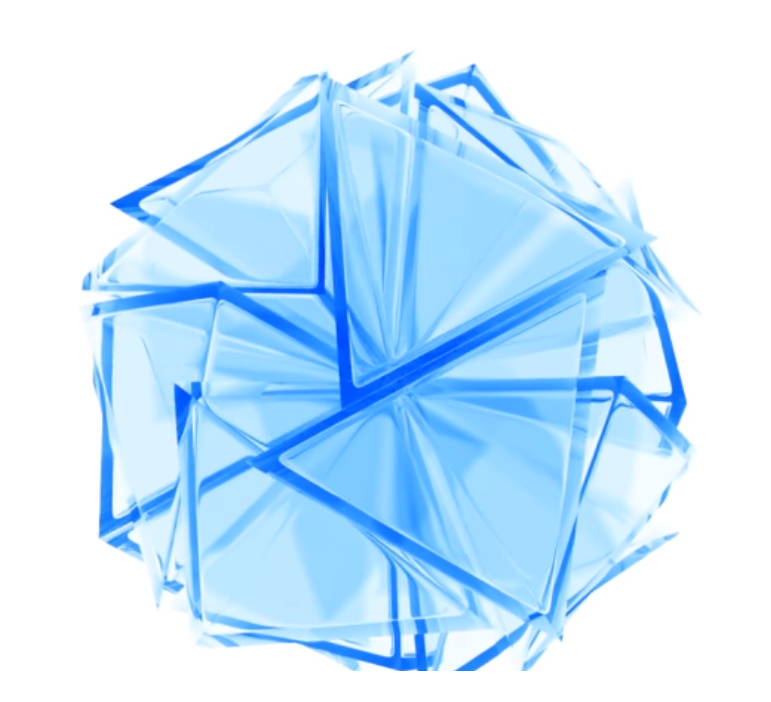 C3 – Cosmic Currents Conference
Currents in ALL senses:
Electrical Currents
Current most up to date Thinking
Fluid water & Plasma & Field Currents
Birkeland Current – Marklund Convection
Just started reading Robert Schoch’s book Forgotten Civilizations and it literally started out in the first chapter with his beginning this journey because his fiancee, now wife, Katy….suggests that he watch “Alien Sky” by Talbot and Thornhill!….mainly to learn about Perrat’s Plasma/petroglyph connection and their (Robert and Katy’s) inspirational idea that the Rongorongo Script (undeciphered) is a structured written language based on Plasma discharges seen in the sky…….related to the sky-gazing Maori Stone Statues on Easter Island….

http://www.robertschoch.com/
I think we should try to get Robert Schoch as a Headliner!

The SAM stuff and your new explorations related to dense packing / closest neighbor of spheres geometry is fascinating…..very promising work I think.
Arthur Loeb, when he was alive at Harvard, worked with Bucky on this stuff….but its was static….not dynamic like yours.
https://www.scribd.com/document/320426050/Arthur-L-loeb-Space-Structures
http://universaldebatingproject.blogspot.com/2015/11/synergetics-fuller.html 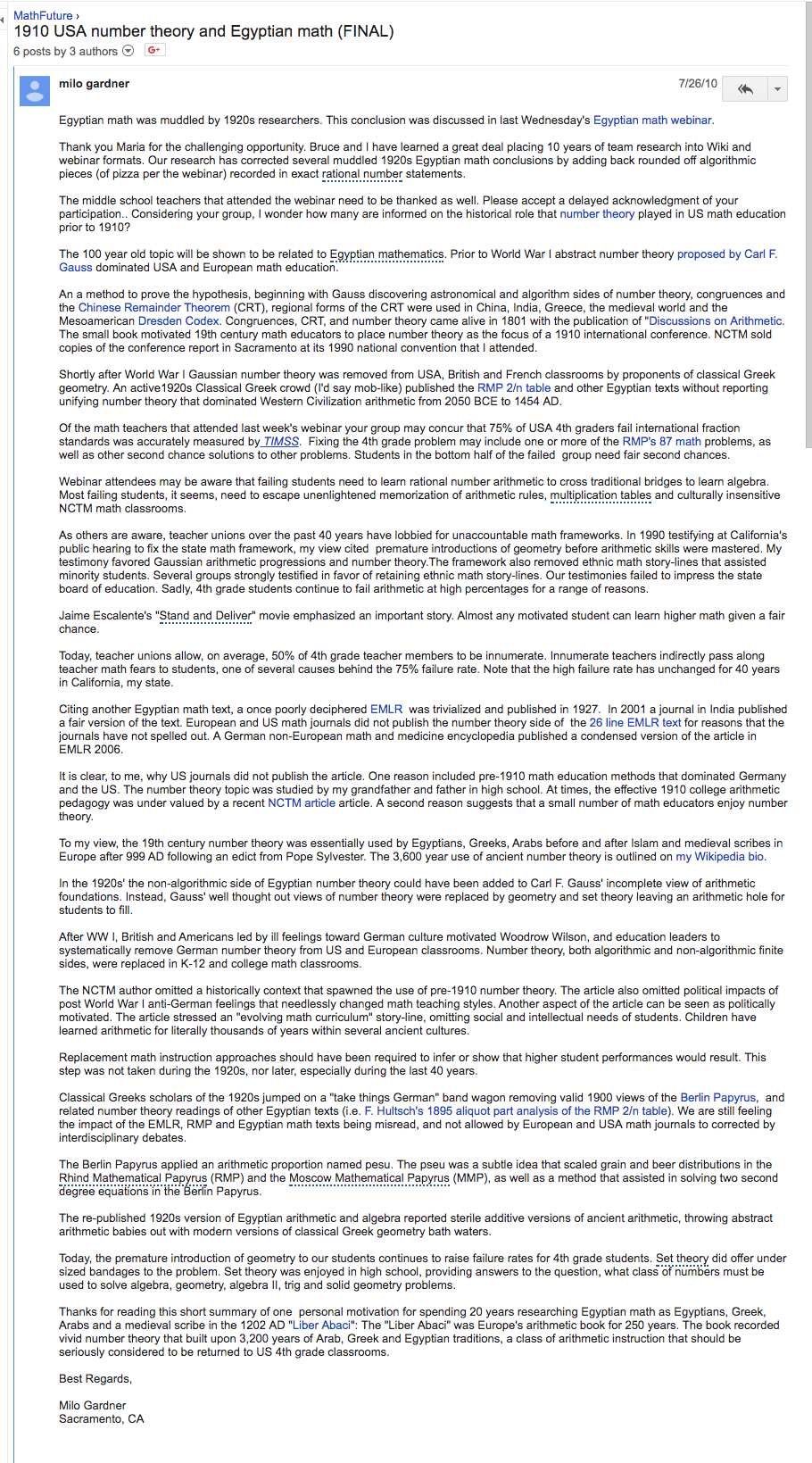 Hope you’re doing well. Is it possible to make it around 8pm your time? I am finally getting a bit social and meeting some friends for lunch at 2pm over in studio city.
Interesting work with Edo this week – exploring his SAM ideas a bit:
https://etherealmatters.org/sam
https://youtu.be/yEscvM7fPl0
http://argos.vu/sam-physics-engine-voronoi-initial-code/
Have a great day.
🙂
/dj

And I thank you. It was good to air it out. Thanks also for sending Edwin’s comments. I’m cc’in him. To add to those …

– There was a fairly lively chat going on in the background. If I’d noticed that, I could have had more fun there.

– I think discussing how it went is great – to ask certain folks to stay late a bit and give feedback. It doesn’t matter how it’s done.

– Perhaps if someone is going to present, we ask them to do something beforehand (a dry run with someone, an outline, or an abstract). We already talked about time issues. If it’s really a compelling topic, it could get more.

– If someone is recording, we should all be told.

– Ground rules can be useful. Not imposed, but generated by the group and made available as reminders.

– The NPA has similar sessions on Saturdays. Maybe I’ll participate one time to experience their style.

– Again, your record-keeping via a blog is _really_ great, and finding visuals all during the discussion is super.

Thanks very much for our conversation following the meetup group
yesterday. I sent Edwin and Mike a followup note. I thought you might
enjoy Edwin’s particularly insightful reply.

Words escaped to express my thoughts properly here, but somehow the notion that we all are truly trying to elevate ourselves in a world that has become very very confusing. We together see all the results of this world we grew up in, in our own actions, words and ideas. I am no exception there and find myself more patient with certain ideas then others. Like the confusion of language in Babel…..

What may be helpful here is perhaps introducing “topics” for a talk. It seems to me that we can attract enough people to continue with this and if a topic is not interesting enough for me to participate i can just listen or opt to join the next talk. no loss there right?
Topics might improve staying on topic a bit more or dive into the details.

Another thing that helps i

; one that listens to the rest that is silent but might want to jump in and give them the opportunity to speak, ask opinions every now and then etc etc not to dictate or guide, but to make sure we have a good talk

nb. We have been setting up a channel of our own on “discord” (gamer talk tool) and works pretty well especially for bigger groups basically to do the same thing, get people in a group a talk, debate, present ideas etc etc. I would personally like to see this become a part of the platform we are building (website).

can obviously also be used to provide material that would be pointed
out as you are doing at the moment. We need our own “library of
Alexandria

I just wanted to touch base and thank you for joining us today. We’re shepherding this EU Meetup thing into existence and seeing what works and what doesn’t. They discussions are tending to be a bit long, loose and chaotic. Some of the flow of consciousness type of thing seems to work but other times we seems to go too far out there. Either way it is definitely a work in progress and I appreciate you putting up with the warts and all as we go through these initial growing pains.
I do appreciate you being part of it today. I know Edo is impressed very much with your work as I continue to be.
/dj
Here is a shot from my progress from last night – The animation of movement is starting to feel like breathing. I created the inner dual as well and it is interesting to see their respective frequency responses each having the same material physics behaviors. The big one sings bass and the smaller one sings soprano, so to speak. when you move them around.

Greetings guys,
I want to thank everyone for joining us today. As usual, we enjoyed an energetic and wide ranging discussion. One of the ideas we were discussing was the stability issues in the toroidal field of a Tokomak. The Diocotron instability came to mind as per a previous discussion with Juan Calsiano and Jim.
https://www.plasma-universe.com/Diocotron_instability

I’m tending to see a fluctuation between 6 and 5 nodes. (prominance of Dodecahedral vs Icosahedral resonance perhaps?) as possibly seen here:

from: Faraday Wave-Patterns in Water Samples
​
​Thanks again and looking forward to you joining out next meetup.
Have a great week.
/dj

Re: thoughts refining the identity of our gathering

Hi Jim,a reasonable question. I think the answer lies in Marklund convection in interstellar space, which separates elements radially to the filament according to their ionisation potential. Alfvén writes that: “.. elements with the lowest ionization potential are brought closest to the axis, and form concentric hollow cylinders whose radii increase with ionization potential.Oxygen is brought closer to BC axis so we might expect neon to be more abundant at the distance of the heliosphere from the Sun .As for the book, I’m having difficulties because of all the emails, questions and proposals for a new theory of everything. 🙂So I can’t guess when it might appear.Wal

> On 6 Jan 2018, at 10:50 am, Jim Weninger <> wrote:> > Wal, I agree with your points arguing against fusion at the heliosphere. > There is still the question of how we get higher relative abundances of heavier elements outside the heliosphere than inside.  This is what puzzles me.  Why is there more neon compared to oxygen just outside the heliosphere?  Why should the ratio be skewed towards heavier elements outside the heliosphere compared to inside?  Do you see my question? > > Also, I hear you are working on a new book?  Do you have an expected release date?  > > Jim> > Sent from my iPhone> >> On Jan 4, 2018, at 8:59 PM, Wal Thornhill <> wrote:>> >> Absolutely not, Jim. The nuclear reactions in the photosphere require a far higher current density and a more dense plasma than exists at the heliosphere. Also, the nuclear energy released would be obvious in producing light and other radiation. It would need the characteristics and environment of a strongly focused electric discharge, which the heliosphere obviously does not have.>> >> Differences in element ratios can be easily explained if the Sun is producing heavy elements in its photosphere and having them distributed in the heliosphere by the solar ‘wind’. So this finding supports the electric Sun model.>> >> Wal>> >>> On 5 Jan 2018, at 2:32 pm, Jim Weninger <> wrote:>>> >>> http://iopscience.iop.org/article/10.1088/0067-0049/198/2/13/pdf>>> >>> Accepting the idea that fusion occurs at the solar surface ( rather than deep in the solar interior), makes me wonder if fusion also occurs at the heliospheric “surface”. >>> The question here is that the oxygen  to neon ratio is lower outside the heliosphere than inside.  They’ve posited that maybe the oxygen was locked up in dust, but they explain that doesn’t work.  Other articles posited that maybe the solar system formed in a more oxygen rich region of the galaxy and “dragged” that oxygen rich bubble with it.  That also gave them problems.>>> The question I have, is that if we do have fusion at the solar surface, then do we maybe have fusion at the heliospheric surface by the same means? Does this seem reasonable? What would I be looking for to prove or rule out this idea?>>> >>> Jim>>> >>> Sent from my iPhone>> > 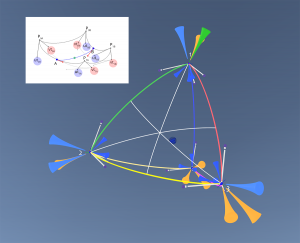 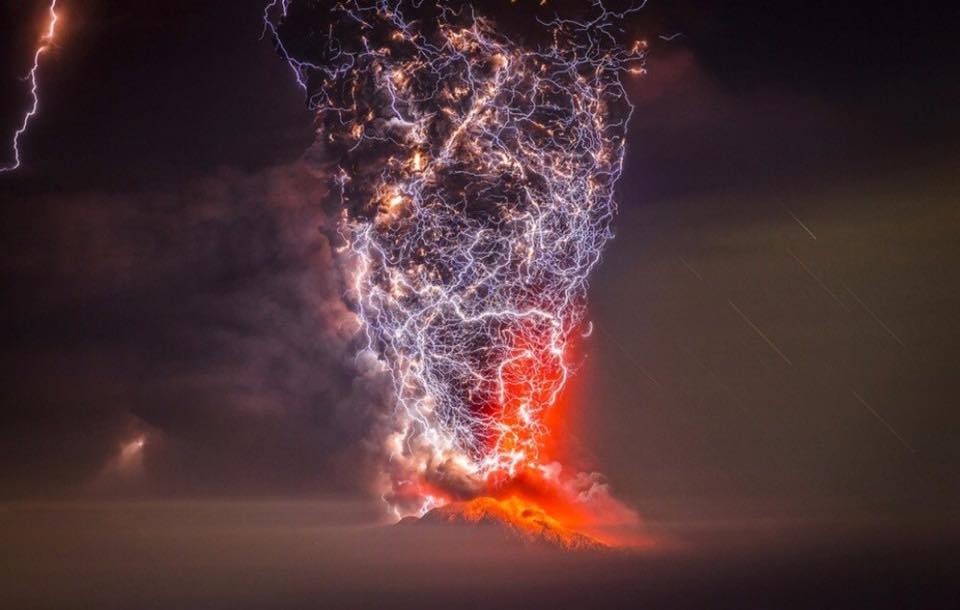 Hope all is well.
I’ve been binging on EU vids, especially the recent series that Steve Smith has been putting together…..10 Reasons why the universe is electric. The thing I love most about it, besides the content, is that I am an Executive Co-Producer and my name is attached rather prominently in the credits, all for a measly monthly committent.
That said, and again besides the content which is totally amazing and has me swirling in all directions around my own thoughts…..like someome with their Knickers in a Twist…..or a Plasmoid of Consciousness decided which Birkeland current to ride, I want to stay strony affiliated with the EU, even as we contemplate satellite gatherings and networks.
Any way….all great fun…..and so I was musing on the idea of a “Parallel” Electric Universes….and the desire to be a part of both and not upstage (not that we ever could) any of the good folks at EU….
So just random thoughts….
While reading about how Universe and Cosmos differ, and yet are ubiquitously synonymous, is interesting and inspiring to htink about…..how about;
ELECTRIC COSMOS CONFERENCE – Asilomar 2018
Emerging Parallel Concepts on the Nature of an Electric Universe
Also I like that COSMOS has Pythagorian roots…..and that it implies yet a higher system of ordering larger than even the principles and effects of the electric Universe theories and realted phenomenon.
I also like that “Cosmos” takes a swipe at Carl Sagan’s Previous Posture, regardless of how he might have been unduly influenced by the same NSA/CIA/MAJIC folks that conspired with Harvard Astro-physcist Donald Menzel to promote mainstream thinking regarding UFOs.
As I was watching many of the Thunderbolts.Info Vids in the series mentioned above…..It became apparent that all of the matter in the universe, at every scale, coalesces or forms with respect to an E/M armature of fields and currents……but that the Fields and Currents always seem to seek order and harmony within the chaos of the Universe…….THIS IS COSMOS…..and rings tru to my own sensibilities and interests…..
In fact, I even modified in my mind yesteday ……that old Bauhaus Axiom of “Form follows Function”….
to….
“Form Follows Force”
PS………Would love to study some of Jim’s stuff