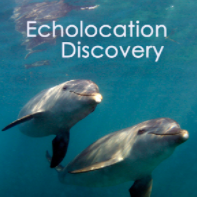 ​Rupert Sheldrake – The Science Delusion
https://www.sheldrake.org/
November 4, 2017
IS THERE A LIFE FORCE THAT TRANSCENDS MATTER? (WITH RUPERT SHELDRAKE)
Episode #34

“Without doubt, therefore, there is a definite intention to teach young people upside-down methods of working with which they have to miss-earn their daily bread. That is to say, instead of moving forwards, they go backwards all the more rapidly in step with the improvements in the contrary methods of motion. For only thus can today’s teaching principles flourish.”

“Already from earliest childhood it was my deepest wish to understand nature and through this to come closer to the truth I could not find at school or at church. I was repeatedly drawn to the forest where I could watch the flow of water for hours on end without getting tired or irritable. At that time I did not yet know that water is the bearer of life or the source of what we call consciousness. Totally oblivious, I let water flow past my searching eyes and only years later did I become aware that this running water attracts our consciousness magnetically, takes a piece with it, with a force that is so strong that one loses consciousness for a while and involuntarily falls into a deep sleep. And so, gradually I began to play with these forces in water and I gave up this so-called free consciousness and left it to the water for a while. Little by little this game turned into a very serious matter because I saw that it was possible to release my own consciousness from my body and attach it to the water. When I took it back again, the consciousness borrowed from the water told me things that were often very strange. And so the searcher became a researcher who could send his consciousness on expeditions, so to speak, and this way I found out about things the rest of mankind has missed because they do not know that people are able to send their free consciousness everywhere, even where the seeing eye cannot look. This so-called sight practiced with blindfolded eyes finally gave me ties to the secrets of nature which I slowly began to recognize and understand in their own fabric. And in due course it became clear to me that we human beings are used to seeing everything backwards and wrong. The biggest surprise, however, was that we human beings let the most valuable part drain off as useless and from all the great intellectuality that flows through us, we retain only the feces.”

“An American aircraft consortium offered me 3.5 million dollars; a similar offer was made by Canadian interests. You didn’t want it in Europe, so now you’ll have to get it back from America expensively!”