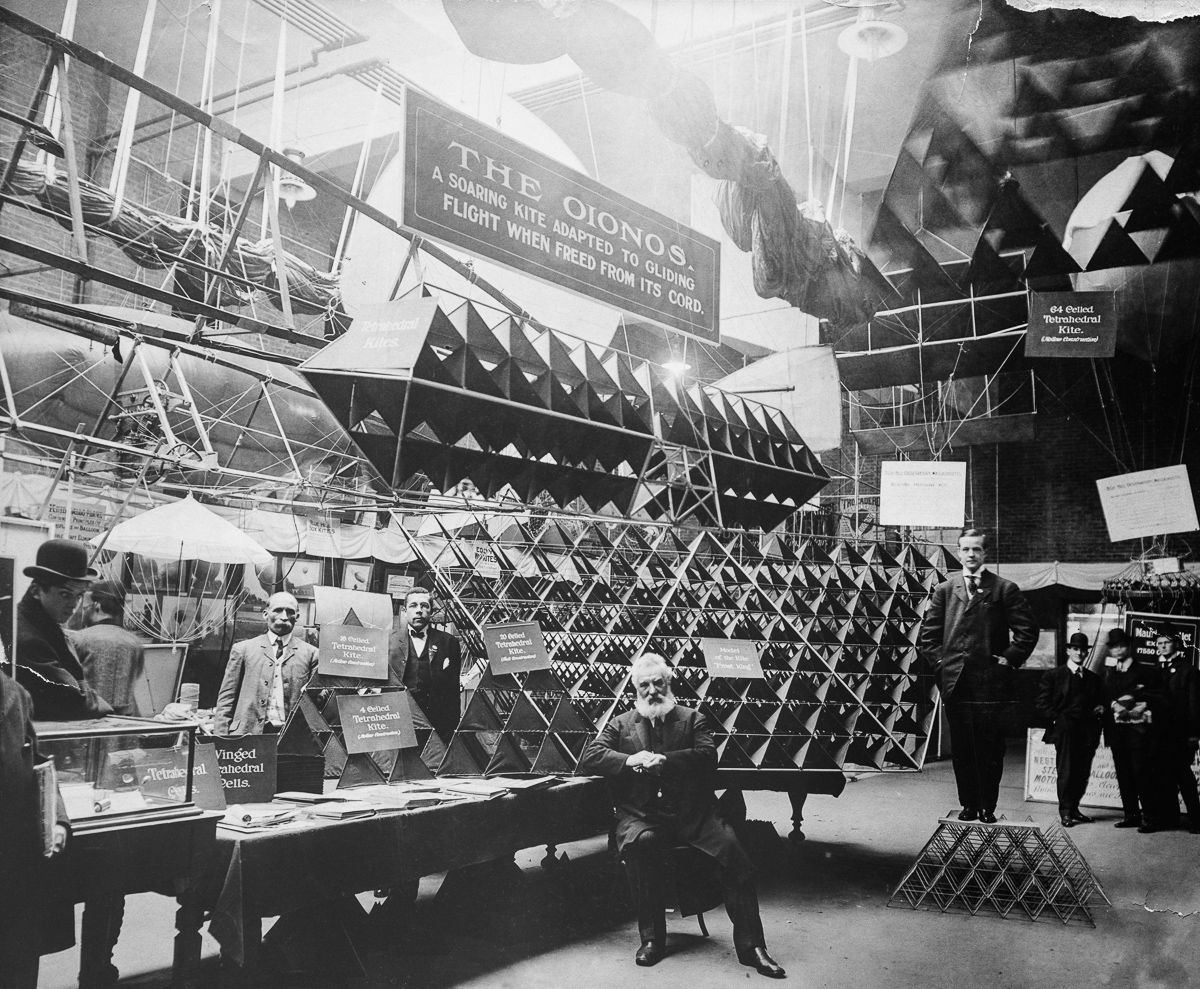 The tetrahedral principle enables us to construct out of light materials solid frameworks of almost any desired form, and the resulting structures are admirably adapted for the support of aero-surfaces of any desired kind, size, or shape. 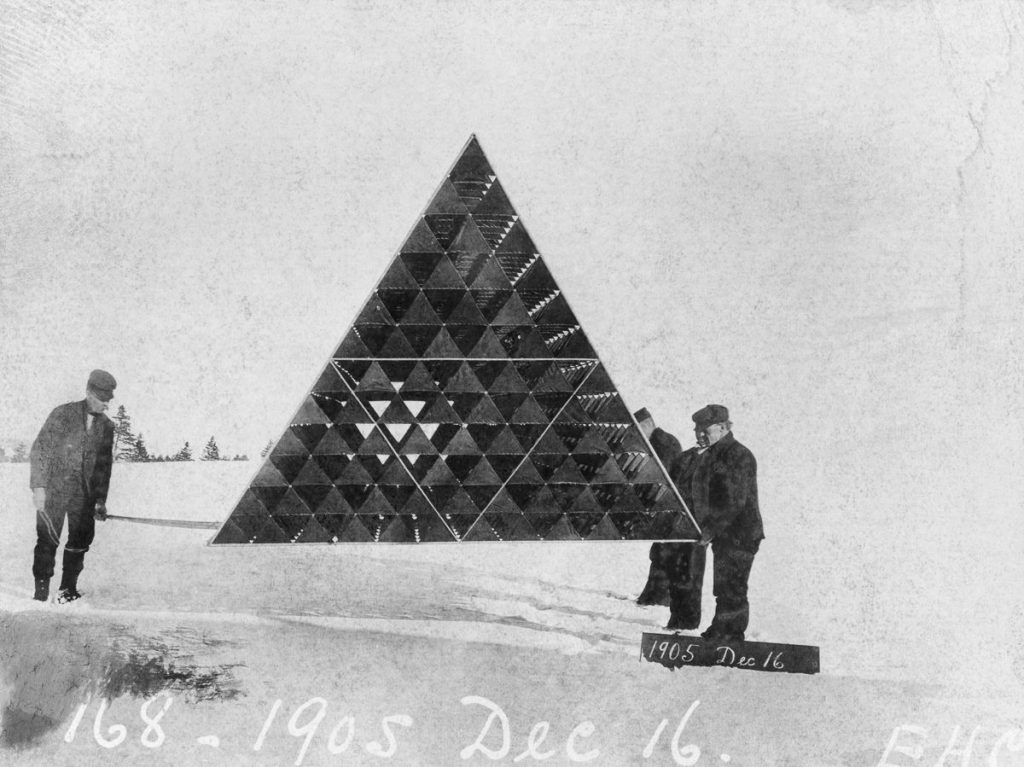 Although best known for developing the practical telephone — for which he became the first, in 1876, to secure a US patent — the Scottish-born inventor Alexander Graham Bell is also noted for his work in aerodynamics, a rather more photogenic endeavour perhaps, as evidenced by the wonderful imagery documenting his experiments with tetrahedral kites. The series of photographs depict Bell and his colleagues demonstrating and testing out a number of different kite designs, all based upon the tetrahedral structure, to whose pyramid-shaped cells Bell was drawn as they could share joints and spars and so crucially lessen the weight-to-surface area ratio.

The juxtaposition of the era’s expected array of suits and somewhat stilted poses, with the stark geometry of these complex abstract structures — which at times look as if born from some new mathematics of a future or alien civilisation — often lend the images a touch of the uncanny, almost anachronistic. This is particularly so in some of the offerings from the National Geographic, painting onto the photographs as they have to emphasise even more the crisp lines and geometric shapes of the unusual structures.

Bell began his experiments with tetrahedral box kites in 1898, eventually developing elaborate structures comprised of multiple compound tetrahedral kites covered in maroon silk, constructed with the aim of carrying a human through the air. Named Cygnet I, II, and III (for they took off from water) these enormous tetrahedral beings were flown both unmanned and manned during a five year period from 1907 until 1912.

The delightful images below have mainly been sourced from three places: Bell’s own private journals, which meticulously log his progress not only with text but also with numerous photographs pasted into the pages (from 1903–104); a couple of articles (from 1903 and 1907) in the National Geographic Magazine; and the Bulletin of his Aerial Experiment Association, which he led from its beginning in 1907 until it disbanded in 1909.