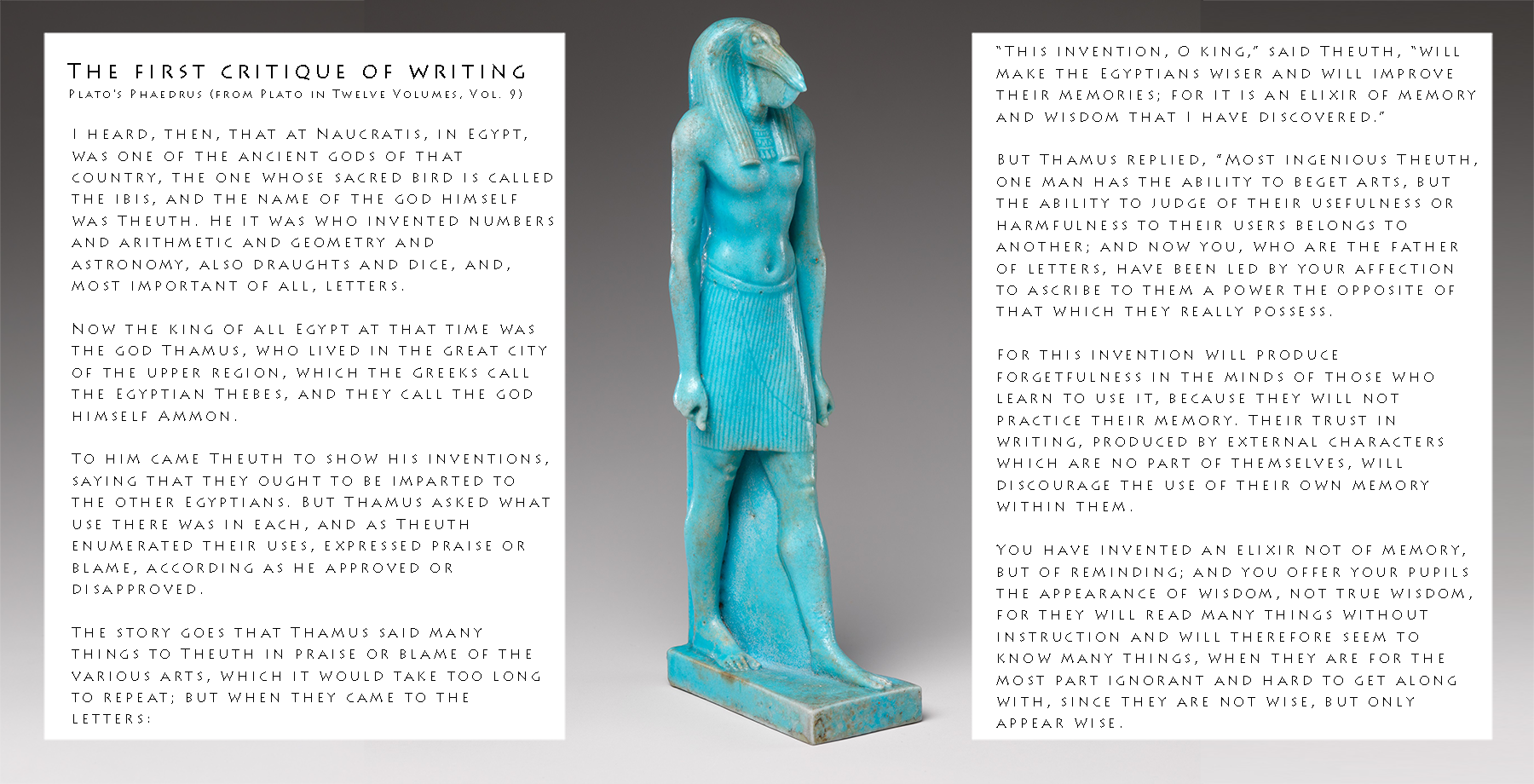 Well, this is what I’ve heard. Among the ancient gods of
Naucratis in Egypt there was one to whom the bird called the ibis is
sacred. The name of that divinity was Theuth and it was he who first
discovered number and calculation, geometry and astronomy, as well as the games of checkers and dice, and, above all else, writing.

Now the king of all Egypt at that time was Thamus, who lived in the
great city in the upper region that the Greeks call Egyptian Thebes; Thamus they call Ammon. Theuth came to exhibit his arts to him and urged him to disseminate them to all the Egyptians. Thamus asked him about the usefulness of each art, and while Theuth was explaining it, Thamus praised  him for whatever he thought was right in his explanations and criticized him for whatever he thought was wrong.

The story goes that Thamus said much to Theuth, both for and against
each art, which it would take too long to repeat. But when they came to
writing, Theuth said: “0 King, here is something that, once learned, will
make the Egyptians wiser and will improve their memory; I have discovered a potion for memory and for wisdom.”

Thamus, however, replied: “0 most expert Theuth, one man can give birth to the elements of an art, but only another can judge how they can benefit or harm those who will use them.  And now, since you are the father of writing, your affection for it has made you describe its effects as the opposite of what they really are.

In fact, it will introduce forgetfulness into the soul of those who learn it: they will not practice using their memory because they will put their trust in writing, which is external and depends on signs that belong to others, instead of trying to remember from the inside, completely on their own.

You have not discovered a potion for remembering. but for reminding; you provide your students with the appearance of wisdom, not with its reality. Your invention will enable them to hear many things without being properly taught, and they will imagine that they have come to know much while for the most part they will know nothing. And they will be difficult to get along with, since they will merely appear to be wise instead of really being so.”

Socrates, you’re very good at making up stories from Egypt or wherever else you want!

But, my friend, the priests of the temple of Zeus at Dodona say that the first prophecies were the words of an oak. Everyone who lived at that time, not being as wise as you young ones are today, found it rewarding enough in their simplicity to listen to an oak or even a stone, so long as it was telling the truth, while it seems to make a difference to you, Phaedrus, who is speaking and where he comes from. Why, though, don’t you just consider whether what he says is right or wrong? 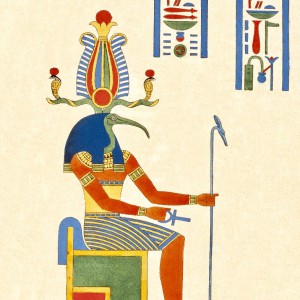