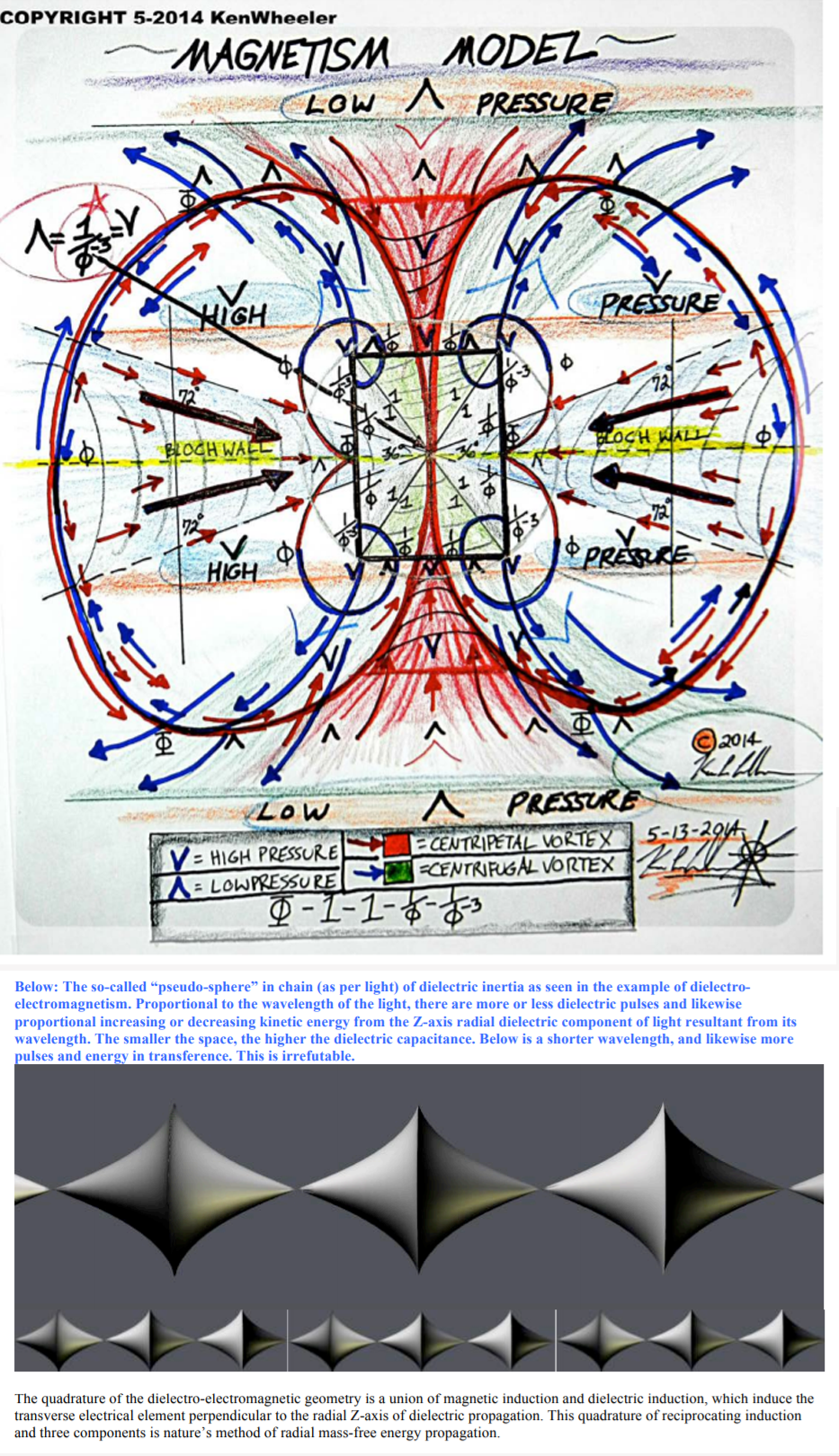 The implications of this book have been reverberating rather uncomfortably in my mind for days. The literary standard and academic tone are as jarring as its emphatically repeated message to reject the bulk of quantum theory, general relativity, the standard particle model of physics and much of accepted cosmology. Yet, the proposition that emerges is groundbreaking, if taken into proper consideration.

Ken Wheeler draws upon ancient philosophy and the work of Faraday, Maxwell, Heaviside, Steinmetz and Tesla in formulating the premise that the prime cause for all of the known forces emanate from perturbations of the Ether, which is non-physical and existent in counter-space, that was widely accepted and necessary in the work of the listed innovators and that has roundly been rejected by the advent of quantum mechanics. What follows is an experiential/experimental analysis of the relationship between dielectricity and magnetism as expressed in geometry and interacting forces, leading to somewhat of a definition of both, and their relationship to electromagnetism.

Once established and defined, this relationship is then extended to redefine the nature and observed effects of ferromagnetic, diamagnetic and radioactive elements, conductors (dielectric reflectors), insulators (dielectric capacitors) and superconductors before addressing the toroidal structure of galaxies, molecular bonds, the hydrogen atom, gravity and light itself.

It would therefore be fair to say that the content is an inversion of physics as we know it, but yet accords well with other non-standard contemporary postulates that seek to unite physics with consciousness, science with ancient philosophy, the fractal-holographic view of the universe or even an information-based theory of physics (although I suspect that the author may be as disparaging of some of these proponents as much as Einstein or Feynman). If correct, the work may provide more substance to some of the mathematically abstract and empirically unproven forces or entities that make up our current cosmological view, such as dark energy and dark matter (hypothesised to explain observable effects) and may serve to flesh out the work of physicists and cosmologists in investigating black holes and their effects, amongst others.

A serious drawback in the writing, is the unfortunate tendency of the author to make frequent statements of opposition – many of which lead to contradiction. These are damaging to the core content of the work, which is more than sufficient in quality in both its investigations and findings to be plausible and worthy of serious consideration. Mr. Wheeler’s style and approach makes it manifestly clear that he is not an academic, an apologist or a politically motivated physicist with his eyes on a prize. It is also clear that the book has not been edited or spruced up by a publisher. While this may alienate certain readers before the substance of the book emerges, I find these qualities to be indicators of sincerity, both with regards to the investigation and to the frustration felt with the state of established physics. Simultaneously, I am concerned that the author’s supposition of opposition can only engender further exclusion from consideration, which is a travesty when considering the amount of work and time that have been committed to this transmission of knowledge.

My conclusion is that this book is of great value to those who are able to cast literary prejudice aside, those who are not too attached to a dogmatic view of physics or its luminaries, those who are comfortable with unlearning (even temporarily) what has become “established fact” and in particular those who seek to act upon knowledge rather than discuss it at length in “appropriate forums”. To paraphrase C.G. Jung: “There is no coming to consciousness without pain”. This would be just the book for that.