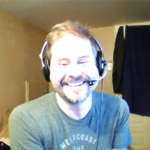 Neil is an Electrical Engineering Technologist and Electric Universe Theorist from New Brunswick, Canada. He has worked with the Electric Universe Paradigm for over a dozen years. A Scholar at EU2015 accepted for writing his paper “As History has Shown” which was a primer for EU enthusiasts. he followed it up by volunteering for EU2016 and writing a second paper “The Internal Constitution of Planets” challenging Eddington’s planetary and stellar formation models where he hosted an EU Creative Arts Workshop. This was the year of the Michael Steinbacher Memorial Geology Tour which he was a tour guide for.

At EU2017 he volunteered again and presented “Fire From the Skies” a look at the nature of planetary capacitance and how it affects incoming meteors. After that he went on several geology tours with Andy Hall, Peter Mungo Jupp, Andrew Fitts, Robert Hawthorne and Bruce Leybourne exploring many hidden geologic gems of the American South West.

A Volunteer for the Thunderbolts Project and moderator of a dozen or so EU groups he was encouraged to start a podcast with his newfound friends here. 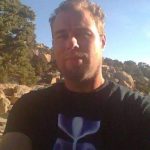 Robert  lives in Salt Lake City, Utah. He and his father, Robert Sr. , exhibited at EU 2017. They attribute electrical discharge between planets in a younger solar system as the primary mechanism causing craters on the moon and the other planets, including the Earth.

At the advice of a scientist from Brigham Young University, Hawthorne was guided to Dr. Eugene Shoemaker, co-discoverer of comet, Shoemaker-Levy 9, which famously affected Jupiter in 1994. Shoemaker’s curiosity was peaked so he visited Hawthorne and took a field trip to the unique stone. Shoemaker said  that, “Upheaval Dome is the best example of a deep impact crater on the face the Earth” (1996). Sadly, Dr. Shoemaker died in car accident later that year. 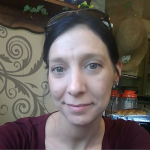 Heather Stargazer is an author, artist, and Galaxy Class Stargazer who hales from somewhere near the 42nd parallel. Her work is the product of the inspirational spaces within which we all reside. Working with several dedicated members and organizations of the Electric Universe community, she has invited us to explore these new realms of electromagnetic possibilities and connect to a whole new understanding of what has come before us and where we are going in the future.

There are currents that flow between all facets of Science, History, Nature, and Humanity. These currents are the key to unlocking the next level of our collective understanding. Please join us on this journey as we wake up in real time to the Electric Universe.

Who knows what we’ll know tomorrow? 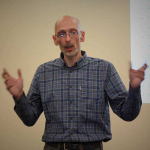 Edo has studied fundamental and environmental chemistry most of his life. After working in the IT sector for 10 years, he began an independent research effort. His journey of discovery led him to revise the atomic structure. He has always had a passion for the expressions in nature and a fascination for science whereby the elements have always been of special interest and attraction. At the EU2016 conference, Edo presented his re-envisioned atomic structure for the first time in the Breakout Room and at the EU2017 conference he presented SAM at the main-stage. Currently, his attention goes towards further developing SAM and the study of transmutations using the model. He and James Sorensen created Ethereal Matters, LLC, a foundation for fundamental research.

Edo resides in the Netherlands. 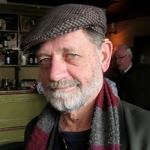 Richard studied math, science, and programming at Stanford, and graduated with a B.S. in math ‘with distinction’. He Spent 30 years in the Silicon Valley software industry, working for leading-edge companies, Xerox Parc, Apple Advanced Technology, and many others, including a startup of my own, which developed the first user-friendly email app for the PC, c. 1985, in pre-Internet days

It occurred to him that the climate record resembles an audio signal, like you might see displayed when listening to a music podcast. In the Electric Universe model stars and planets are connected by electric currents, conducted through the plasma that pervades space. These observations led him to the hypothesis that climate change is an electrical phenomenon. He  presented that hypothesis at an annual conference of the Thunderbolts Project, the organization that brings together the researchers who are pursuing the Electric Universe model.

This brings us up to the current moment. 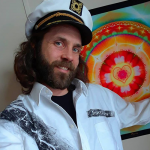 Buddy proposes a model of dynamics in space and time eponymously named The Dougherty Set which incorporates the Golden Ratio into a system that describes universal motion with scalar recursion. The recognition of congruence between Birkeland Currents and TDS inspired him to focus his studies on the works of EU Luminaries.

He exhibited his work on The Dougherty set at EU 2017.  Buddy is currently formalizing his work on TDS, He creates Lichtenberg figures in multiple mediums especially on wood.

Buddy hosts the Sunday version of the Electric View which he occasionally decides to attend.

Rumor has it he designs at Norad and exists as a real life super-hero. 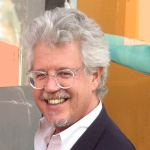 David is an electrical and computer engineer who’s interest in the Electric Universe began after reading Paul A. LaViolette’s “Beyond the Big Bang”.

Between 2007 and 2015 he served as Director of Software Engineering for the medical device company Magnetecs.

He currently creates educational and exploratory simulations in VR and demonstrates a variety plasma models using SMP on the HTC Vive.

Don’t get all hyperbolic on me now.