Happy Thanksgiving!
We’ll plan on having our next meetup on Tuesday November 28

To accommodate our friends from the Netherlands.
Let me know if this works for you if you get the opportunity.
Don shared this paper with me this morning. Interested in your thoughts.
http://iopscience.iop.org/article/10.1088/1367-2630/aa5de6#njpaa5de6bib39

Then this structure appeared as things often do on the interwebs these days. 🙂

As a standing wave forms, additional waves can form in the same medium. These waves are called ‘harmonics,’ ‘wave partials’ or in music ‘overtones.’ Harmonic partials to the standing wave are not random frequencies, but instead whole number multiples (1x, 2x, 3x, … nx) of the prime resonant frequency. This is called the harmonic series.

This is what the harmonic series looks like when both opposing phases of interference are superimposed at a constant energy level or amplitude. Notice the stable pattern it creates and the gaps that form around the nodes and other locations. This is universal to all kinds of waves as they ‘resonate’ inside some container.

Question is, what causes standing waves to form in such a regular pattern? What is the underlying physics that prevents fractional or enharmonic waves from forming on the prime resonant frequency? 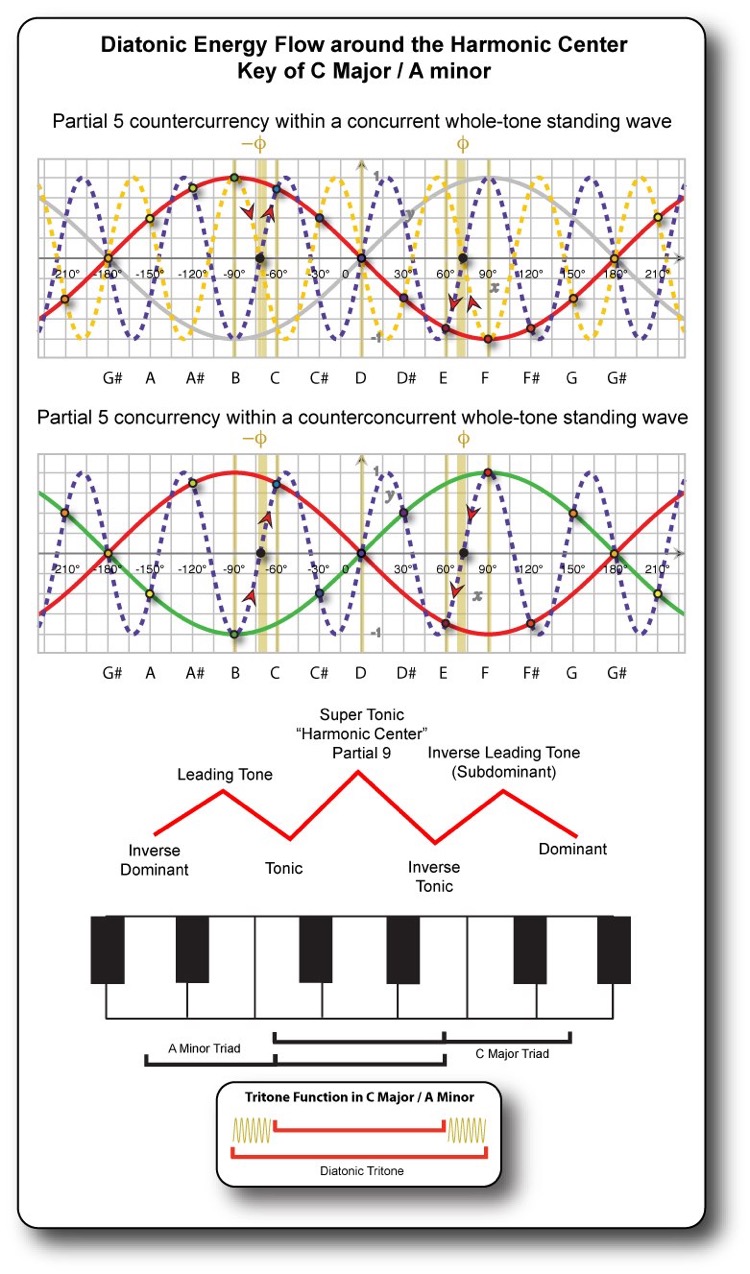 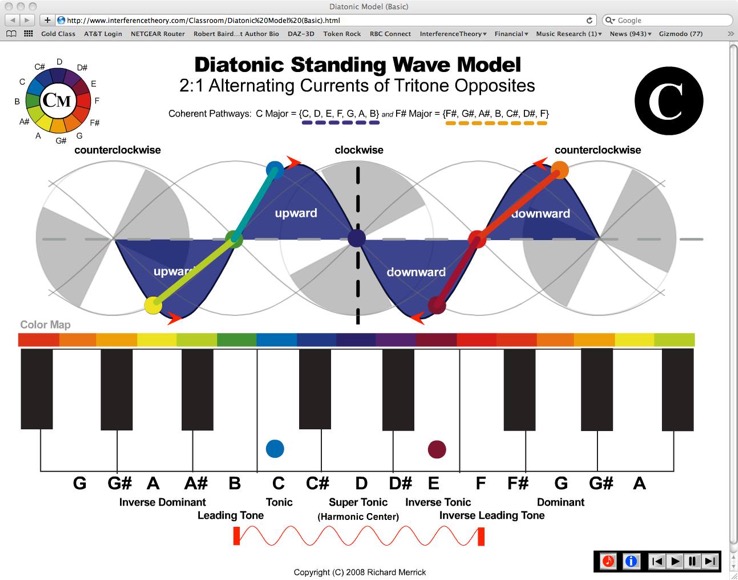 According to harmonic interference theory, the 7-tone diatonic scale of common practice music can be represented as a frequency doubling (first harmonic) of a 12-tone octave standing wave. Both are centered on the ninth harmonic partial (e.g., D in the key of C), which acts as a harmonic center for the oscillating spring effect known as the Tritone Function.

Pulling and pushing between the diatonic tritone (e.g., B,F) and major third (e.g., C,E) in diatonic scales, the Tritone Function is the central physical and physiological engine behind melodic and chordal progression; consonance and dissonance; and tension and resolution. It is recognized naturally by the human auditory system – not taught through cultural conditioning as many cognitive scientists believe. This recognition of standing wave oscillation and energy flow/ exchange transcends any scale, tuning, or temperament, though the equal octave division by twelve offers the greatest contrast for recognition (not concordance) of standing wave oscillation.