Detection of Rossby Waves on the Sun

http://www.thunderbolts.info/forum/phpBB3/viewtopic.php?f=3&t=1176
And before I knew squat about plasma, the general circuit was coming into view.

https://www.thunderbolts.info/forum/phpBB3/viewtopic.php?f=3&t=16299&start=15
The idea of patching the Alfven and Juergens Circuits

http://www.thesurfaceofthesun.com/model.htm?
This website, and the idea of a solid surface below the differentially rotating atmosphere 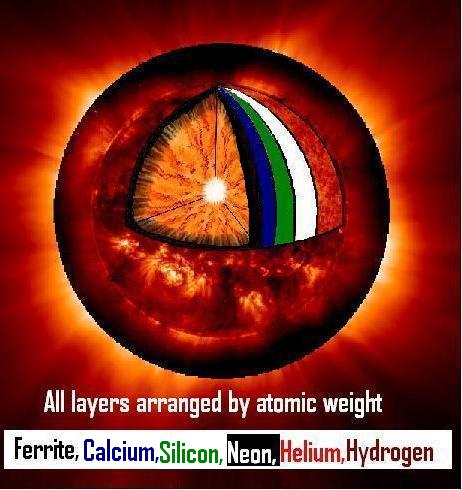 A 21st Century Model Of The Sun 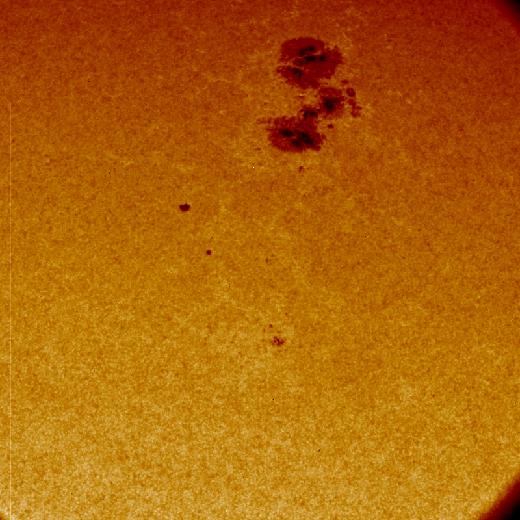 The “surface” that Galileo observed was not the surface of the sun, but only the “surface” of the photosphere.

This composite image shows the photons from the arcs that Trace images at 171 angstroms in green.  These arcs occur along the calcium ferrite surface and can be seen as dots underneath the orange plasma layer seen at 1600 angstroms.  The really massive electrical arcs punch through the upper plasma layers as we see in this composite image. 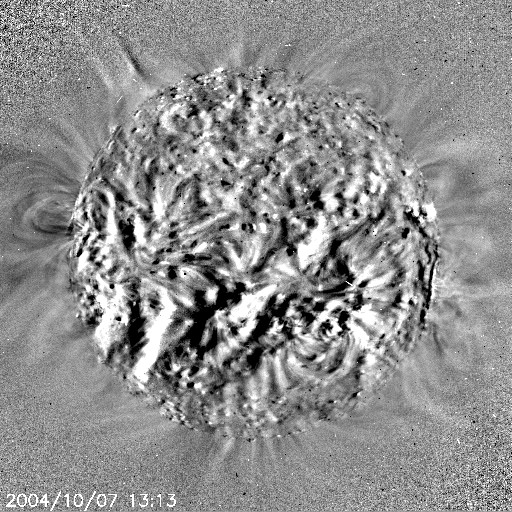 This running difference image produced by NASA comes from the SOHO satellite using its 195 angstrom filter.  It shows the texture and surface structures of the iron layer.

This is a Trace close-up image of the Sun’s surface at 171 angstroms.  It shows use a “crater-like” structure in the center of the image with electrical arcs coming from that surface layer with the jagged structures.  Plasma tends to be very fluid, quite unlike the crater in this image. 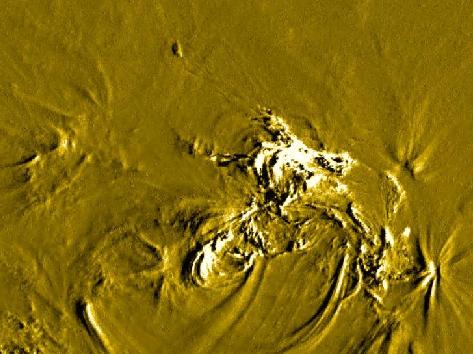 This is an example of a “running difference” image of the sun’s surface as revealed by the TRACE satellite using the 171 angstrom filter that is also sensitive to ferrite ion emissions. 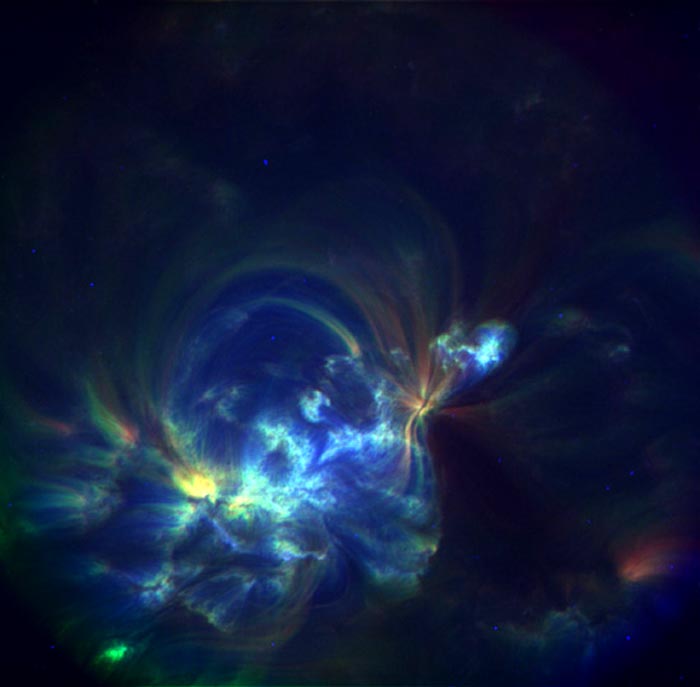 This is Trace composite image which overlays all three views from the 171, 195 and 284 angstrom filters.  All of these filters are sensitive to iron ion emissions indicating the presence of large amounts of iron in this layer.  These iron particles are being ionized in the electrical stream that is flowing between surface points, and different colored arcs all tend to originate and concentrate in the same surface areas.  These are highly electrically active areas of the surface. 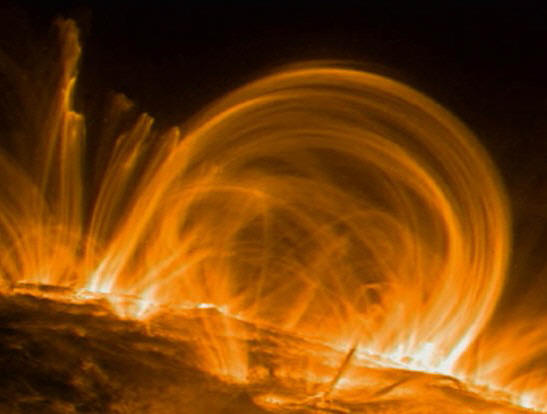 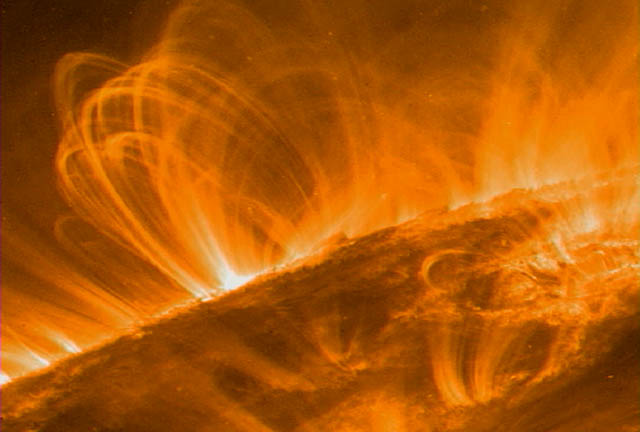 These electrical arcs can rise up far above the surface.  This is a 171A image by the Trace satellite. 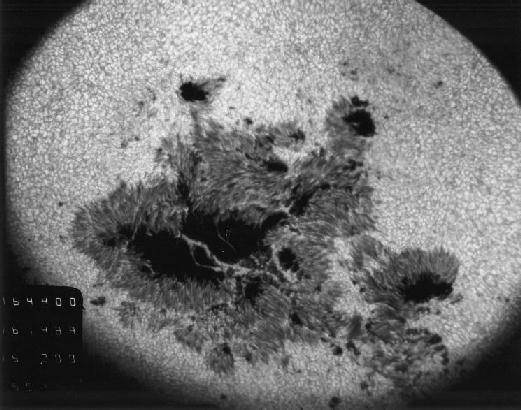 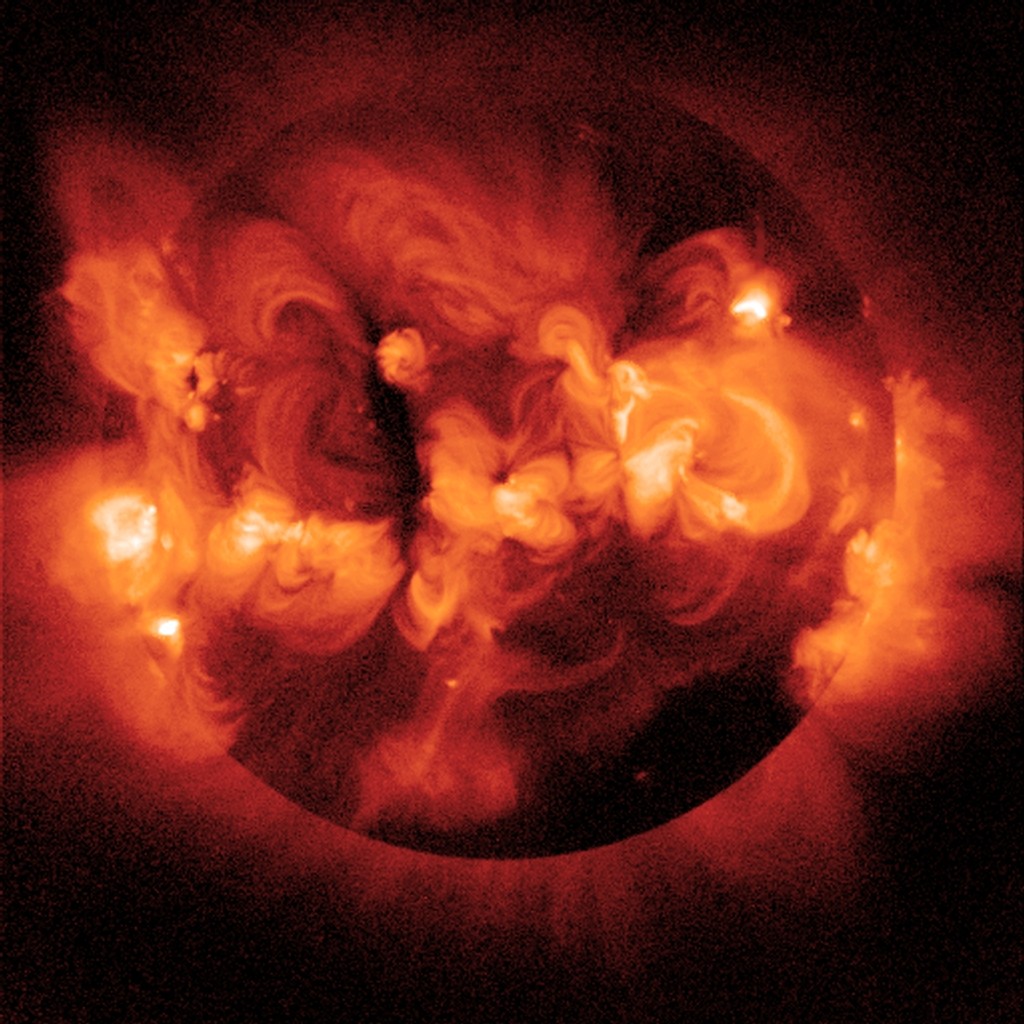 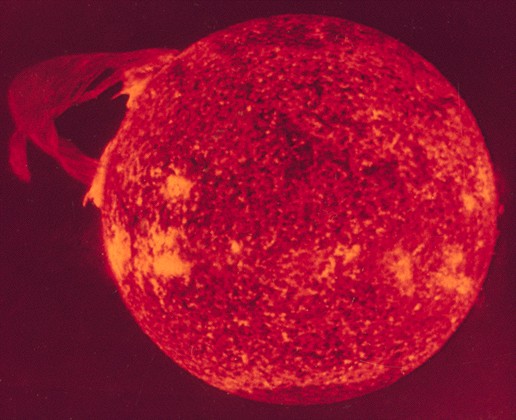 Silicon plasma blowing out into space.  Some of these events can be unbelievably massive in scale.

Silicon Angel figurines dance above the iron surface of the sun.

This video, especially 43 to 44 minutes 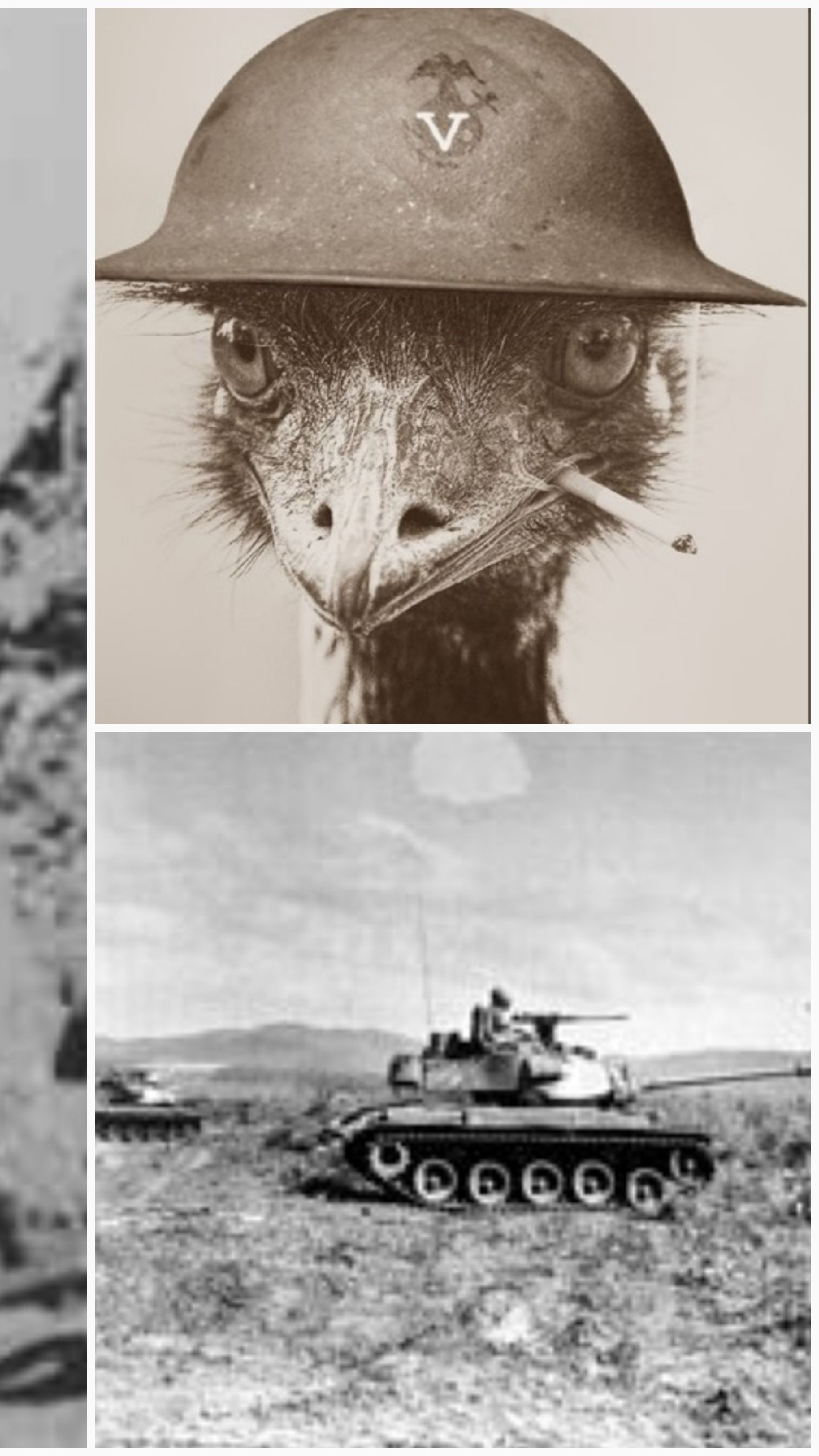 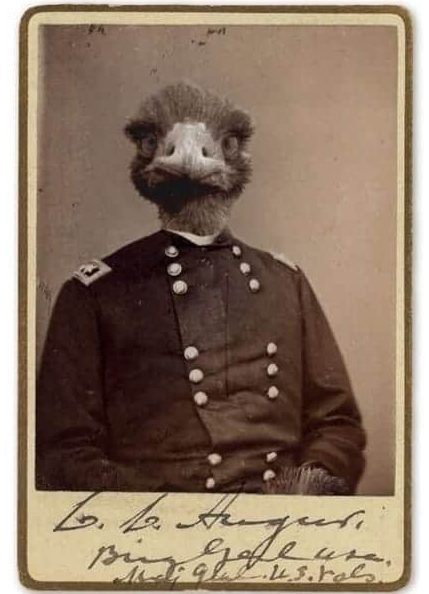 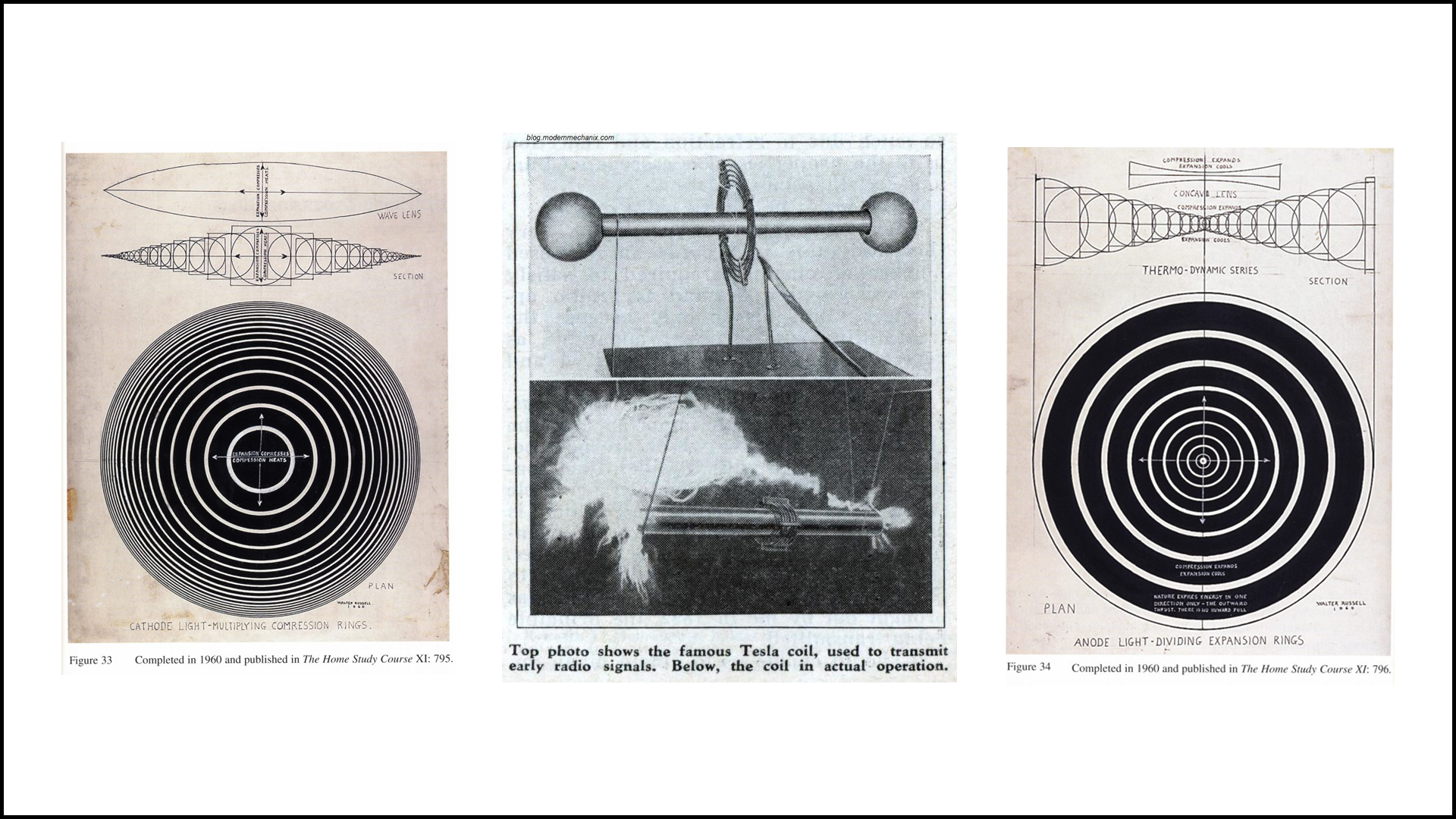 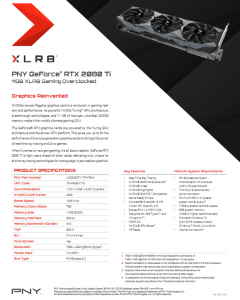 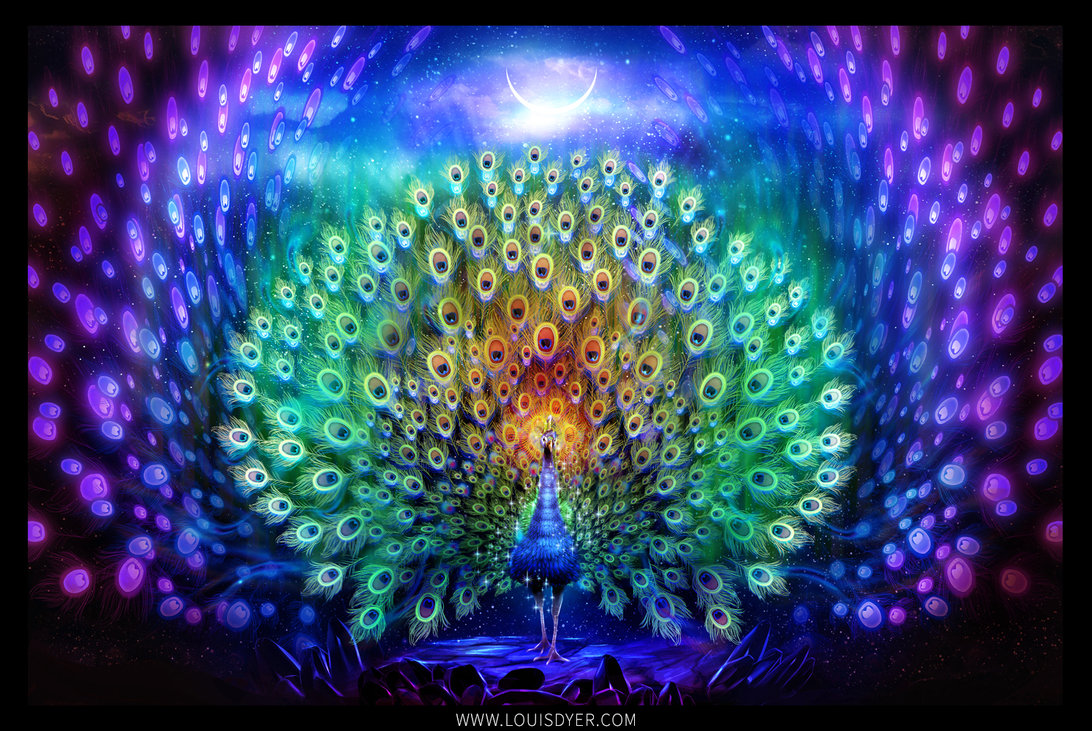 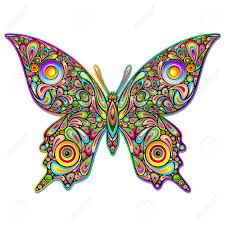 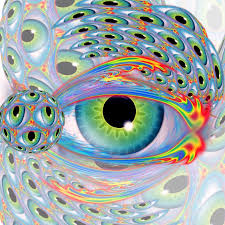 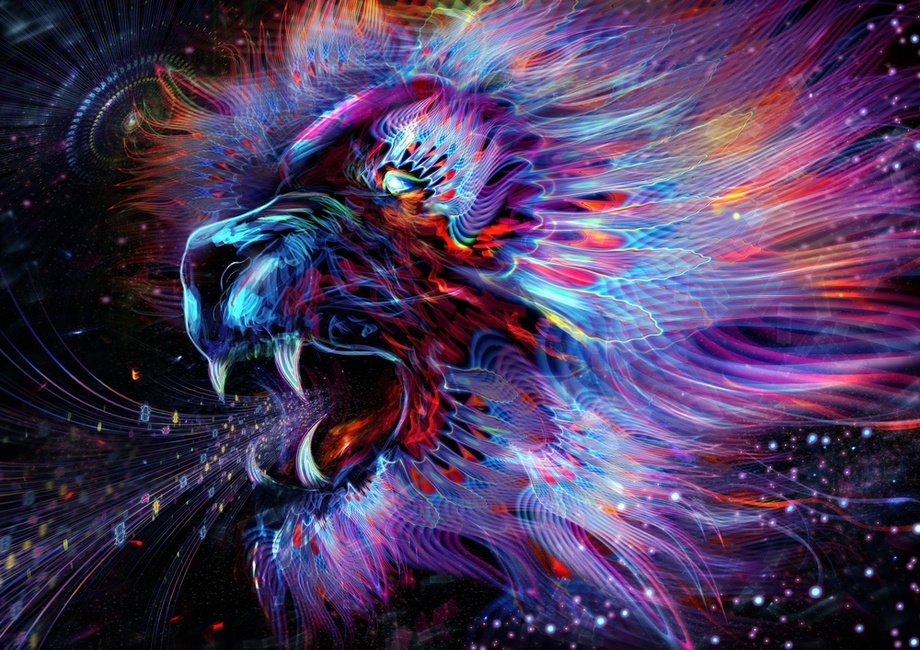 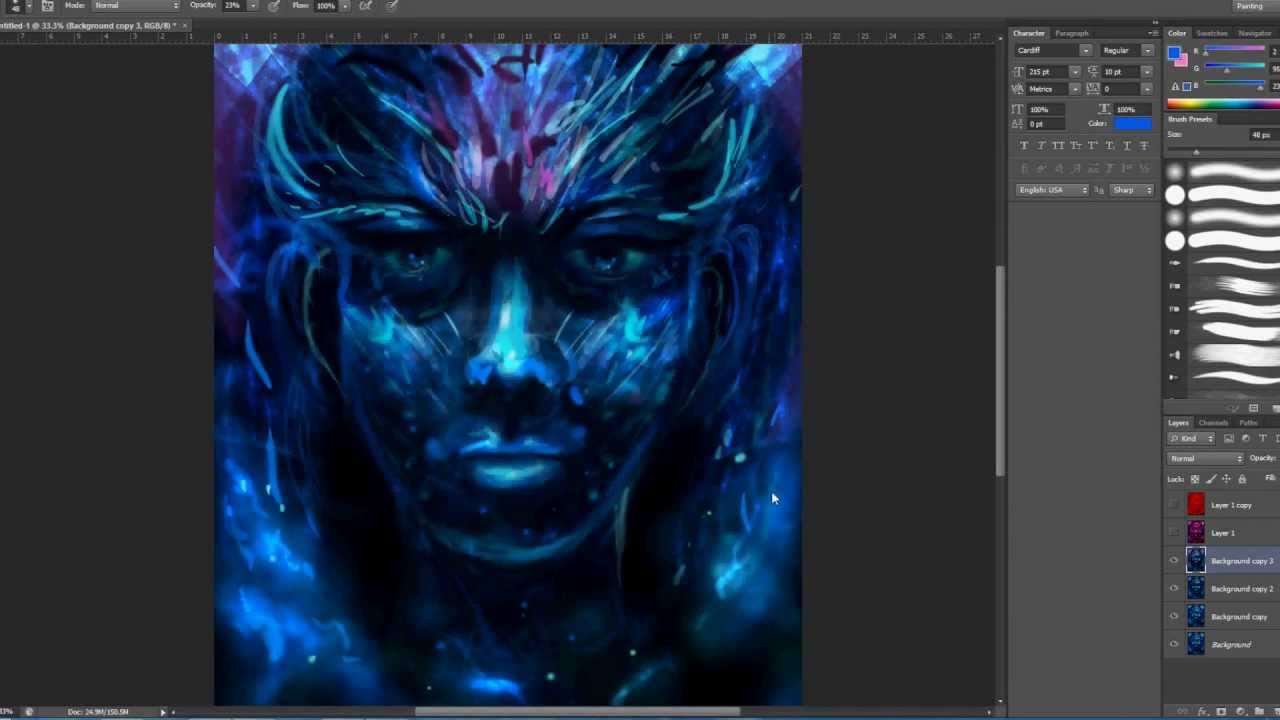