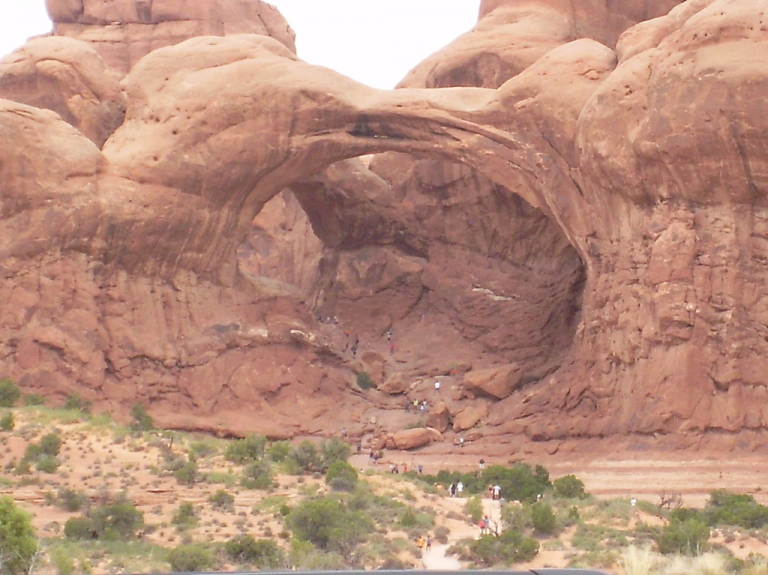 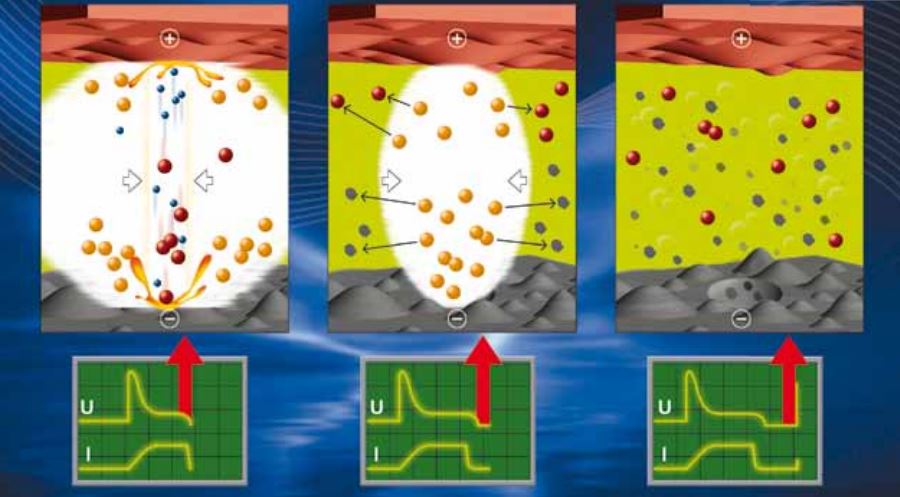 Pressure influences the plasma etching process. For plasma etching to happen, the chamber has to be under low pressure, less than 100 Pa. In order to generate low-pressure plasma, the gas has to be ionized. The ionization happens by a glow charge. Those excitations happen by an external source, which can deliver up to 30 kW and frequencies from 50 Hz (dc) over 5–10 Hz (pulsed dc) to radio and microwave frequency (MHz-GHz).[2][9]

Microwave etching happens with an excitation sources in the microwave frequency, so between MHz and GHz. One example of plasma etching is shown here.[10] 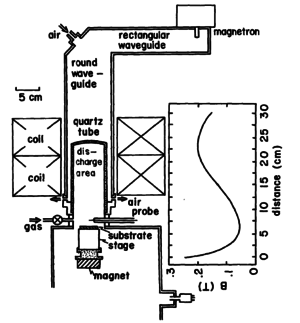 A microwave plasma etching apparatus. The microwave operates at 2.45 GHz. This frequency is generated by a magnetron and discharges through a rectangular and a round waveguide. The discharge area is in a quartz tube with an inner diameter of 66mm. Two coils and a permanent magnet are wrapped around the quartz tube to create a magnetic field which directs the plasma.

On form to use gas is the plasma etching is hydrogen plasma etching. Therefore, an experimental apparatus like this can be used:[5] 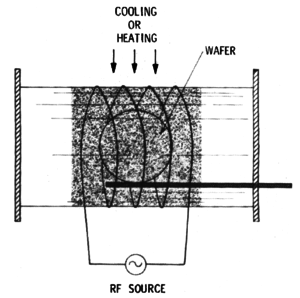 A quartz tube with an rf excitation of 30 MHz is shown. It is coupled with a coil around the tube with a power density of 2-10 W/cm³. The gas species is H2gas in the chamber. The range of the gas pressure is 100-300 um.

Plasma etching is currently used to process semiconducting materials for their use in the fabrication of electronics. Small features can be etched into the surface of the semiconducting material in order to be more efficient or enhance certain properties when used in electronic devices.[3] For example, plasma etching can be used to create deep trenches on the surface of silicon for uses in microelectromechanical systems. This application suggests that plasma etching also has the potential to play a major role in the production of microelectronics.[3] Similarly, research is currently being done on how the process can be adjusted to the nanometer scale.[3]