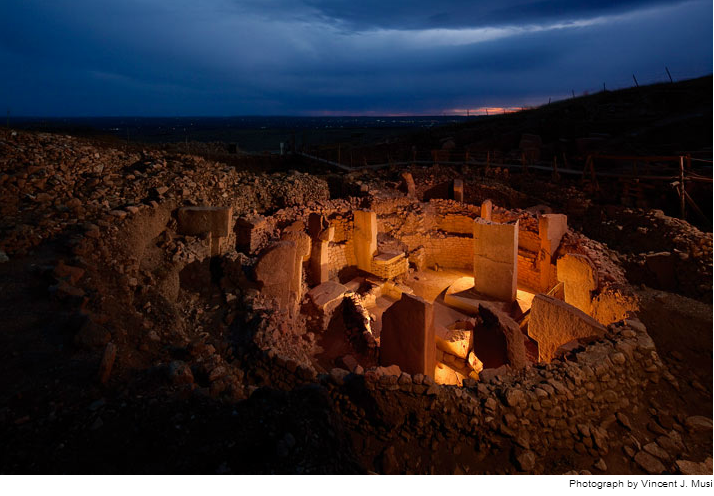 My comments below were written shortly after my first visit to Göbekli Tepe in 2010. I have been back many times since, studied the scholarly literature, and spoken with the late Dr. Klaus Schmidt on site regarding the dating of the remains and other matters. I plan to update and revise this page when time permits. In the meantime, please enjoy what is posted below and, if you would like more, my book Forgotten Civilization: The Role of Solar Outbursts in Our Past and Future offers a great deal (including a color photo insert that contains images of Göbekli Tepe). Another article on this website, “Rising from the Ashes of SIDA”, also discusses various aspects of Göbekli Tepe. 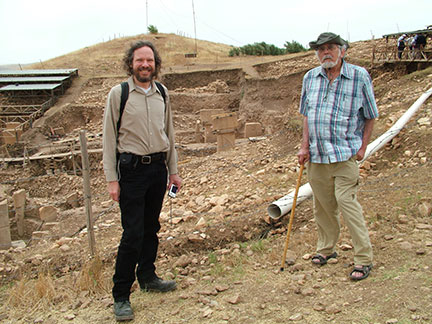 Robert Schoch and John Anthony West at Göbekli Tepe in 2010

The 12,000-year-old Megalithic Complex that is Rewriting History

In May 2010 I traveled to Turkey with my wife, Catherine Ulissey, and my friend and colleague John Anthony West. It was an incredible trip, and here I will note only a few highlights.

First we flew to Istanbul, where we spent the day visiting the area of the hippodrome, the Blue Mosque, and the Hagia Sophia. Our time there was all too short, as we had to catch our flight to Antep (Gaziantep), and from there we drove to Urfa. Our primary destination was to visit Göbekli Tepe.

While in Urfa (the ancient Edessa) we did take in some of the sites, including the Pool of Sacred Fish by the mosque of Halil-ur-Rahman, where tradition holds that Nimrod (often considered builder of the Tower of Babel, among other things) had the patriarch Abraham thrown into a fire, but the fire turned to water.

Most of our days were spent exploring Göbekli Tepe. The late Prof. Dr. Klaus Schmidt of the German Archaeological Institute began excavating the site in 1995. At Göbekli Tepe immense finely carved and decorated T-shaped limestone pillars, many in the range of two to five and a half meters tall and weighing up to an estimated 10 to 15 tons, stand in Stonehenge-like circles. Various pillars at Göbekli Tepe are decorated with bas-reliefs of animals, including foxes, boars, snakes, aurochs (wild cattle), Asiatic wild asses, wild sheep, birds (cranes, a vulture), a gazelle, and arthropods (a scorpion, ants). The carvings are refined, sophisticated, and beautifully executed. Not only are there bas-reliefs, but also carvings in the round, including a carnivorous beast, possibly a lion, working its way down a column, apparently in pursuit of a boar carved in relief below. In the round carvings of lions and boars have been uncovered, now housed in the Museum of Sanlıurfa. Also from Göbekli Tepe are perfectly drilled stone beads. And, according to Prof. Schmidt, while some of the stone pillars were set in the local bedrock, others were set into a concrete-like or terrazzo-like floor.

Looking only at style and quality of workmanship, one might suggest that Göbekli Tepe dates between 3000 and 1000 BCE (this according to standard thinking). How wrong one would be! Based on radiocarbon analyses, the site goes back to the period of 9000 to 10,000 BCE, and was intentionally buried by 8000 BCE. That is, the site dates back an astounding 10,000 to 12,000 years! (For a theory as to why Göbekli Tepe was buried, see the Plasma, Solar Outbursts, and the End of the Last Ice Age page, and I discuss this in much more detail in my book, Forgotten Civilization.)

For over two decades I have made the case that the Great Sphinx in Egypt dates back thousands of years prior to dynastic times. Currently I estimate that the oldest portions of the body of the Great Sphinx date to back to the end of the last ice age. While many people, including fellow geologists, have understood the evidence supporting an older Sphinx, many mainstream traditional archaeologists and historians have rejected the evidence, saying that it just cannot be so. They have challenged me to show them another site, any other site, which dates back so very far in time and is also extremely sophisticated. Now we have an example: Göbekli Tepe! Discussing the basis for dating Göbekli Tepe with Prof. Schmidt while in Turkey, there is no doubt in my mind that the site really is some 12,000 years old. It dates from that same remote period during which I place the origins of the Great Sphinx.

While in Turkey we visited various other sites, including the ancient city of Harran with its odd “beehive” structures and the ruinous remains of Islam’s first university. We also had a chance to visit Mount Nemrut with its giant statues, and in Urfa we viewed incredible ancient mosaics that feature sophisticated perspective generally not seen in art until the Renaissance period. 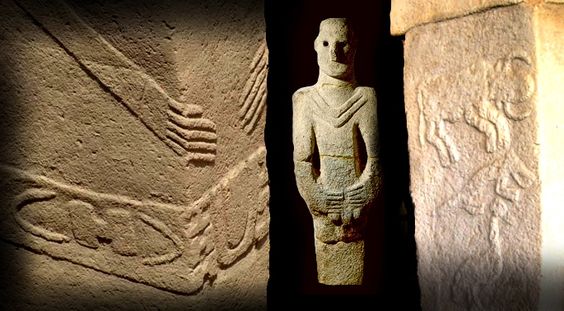 There is much to see and do in Turkey, and our trip was all too short. 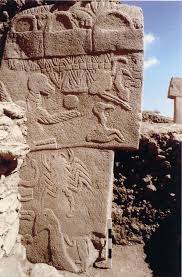